Volcanoes Lodges have had a fantastic year! So many exciting developments have taken place. A new video entitled Praveen Moman: Celebrating Gorillas and Communities was launched celebrating twenty years of Volcanoes pioneering gorilla and chimpanzee ecotourism. A new collection of aerial shots highlighting the unique location of each lodge in the dramatic Albertine Rift Valley have been released. Virunga Lodge […]

To celebrate the building of the Gahinga Batwa Village, a film entitled The Batwa of Mgahinga has been launched. Click here to play Updates from the Gahinga Batwa Village Volcanoes Safaris and Volcanoes Safaris Partnership Trust (VSPT), with the support of the Adventure Travel Conservation Fund and Volcanoes’ guests, has built a permanent village for the Batwa. Guests staying at Mount Gahinga Lodge can share the culture of […]

Volcanoes Safaris team was honoured to participate to the 2018 Kwita Izina Gorilla Naming Ceremony in Rwanda, held on 7th September at the Volcanoes National Park headquarters in Kiningi. The birth of 18 newborn gorilla babies was celebrated on the day and each baby was also give a name, for easier identification in their respective […] 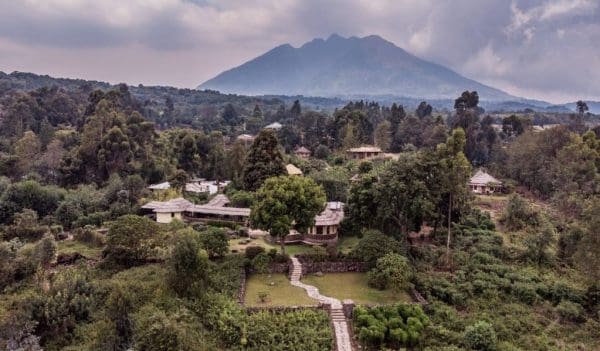 Praveen Moman, the founder of Volcanoes Safaris, first went walking near Gahinga in 1966 aged twelve with his father Kuldip Rai Moman. Over thirty years later, in 1997 he returned to the region to help rebuild gorilla tourism and the following year started to build Mount Gahinga Lodge, the first Volcanoes Safaris lodge, with a focus on […]

Praveen Moman, Founder Volcanoes Safaris said: “This is a historic day for the marginalised Batwa community. This is a landmark project and it is a privilege to be able to support the Batwa to have a new beginning. Finally, they have a home in the shadow of their beloved Volcanoes. The Batwa are our forefathers […]