Today, Volcanoes Safaris and Volcanoes Safaris Partnership Trust are the single largest stakeholders in the Gorge ecosystem after the Ugandan Wildlife Authority. Without the intervention of VS and VSPT, the survival of the gorge and chimps would be under severe threat.

Through these activities and the strategic assembling of four adjoining sites next to the Gorge over the last ten years, the VSPT helps to link Kyambura Gorge Lodge to the local community and promotes sustainable eco-tourism and conservation in one of the most important areas for avian, primate and wildlife biodiversity in Africa.

Initiatives include not only those listed below but also a series of smaller projects with the local schools, teaching them of the benefits of tourism and the natural value of the wildlife diversity in the area. The project is the first of its kind in the area and is an example of the pioneering work conducted by the VSPT. 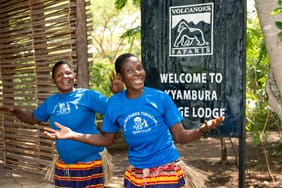 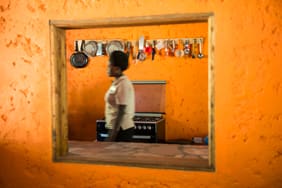